Quality of Life Starts with a Real Quality Drink ›

The almond industry is booming. Blue Diamond and our 3,000-plus family of growers are preparing to handle over two billion pounds of California’s almond crop in the coming year, and […]

From the growing and caring of almonds to the creation and innovation of new products, Blue Diamond doesn’t miss a beat when it comes to fulfilling our vision of delivering […]

President Obama’s visit to India this week supports two great democracies and promises to enhance a long-standing strategic partnership. The India-U.S. Delhi Declaration of Friendship states a commitment to elevate […]

District 1 Director Dan Cummings Elected Chairman of the Board ›

This article will appear in the upcoming Almond Facts.  At the Organizational Meeting of the Board of Directors following Blue Diamond Growers 104th Annual Meeting in Sacramento, Dan Cummings was elected […]

Yesterday I had the privilege to address Blue Diamond’s Growers at our 2014 annual meeting. The event was covered by the Sacramento Bee…. ›

November 20, 2014 Yesterday I had the privilege to address Blue Diamond’s Growers  at our 2014 annual meeting. The event was covered by the Sacramento Bee and a feature story […] 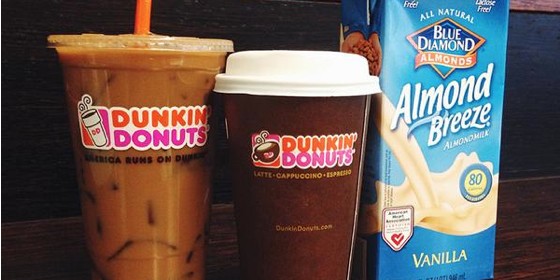 Dunkin’ Donuts has added Blue Diamond Vanilla Almond Breeze as a lactose-free alternative for hot or iced coffee and lattes in select Dunkin’ Donuts restaurants nationwide. View some of the […]

Blue Diamond was a finalist in Consumer Goods Technology magazine’s 2013 Business & Technology Leadership Awards in the small to mid-sized consumer goods firms category. Here is a copy of […]