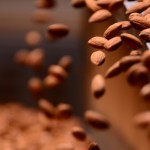 For the second consecutive year, domestic consumption of California Almonds is driving demand. U.S. shipments have grown 11% over a year ago and in December they posted a 20% gain.  The U.S. is the most consistent, largest and greatest source of growth for California almonds.

Total global shipments for the month were flat to last year. Year to date, shipments exceed prior year by 6%.  We are now projecting a 2 billion pound crop, which should give the industry just enough almonds to sustain the current growth rate of 6%.

Prices are 25% higher than last year, so we are increasingly seeing which markets will pay premium prices for almonds. Sales weakness continued in two of the largest export markets, China and India. In December, China and India were off by 72% and 44% respectively. Year to date, China is off 25% while India is behind last year by 26%.  There are signs that India will partially recover in January, but China remains quiet.

The total European region grew 23% for the month and sits at 21% year to date over last year.  Spain had a particularly strong month receiving nearly 60% more volume than last year.  A very weak Spanish almond crop is a key driver as Spanish processors scramble to replace the supply.

The Middle East is recovering, replacing last year’s losses with shipments up 28% over prior year for the month and climbing 39% year to date.

With demand for California Almonds firmly in place, prices are expected to remain solid as we progress into the bloom.