The National Agricultural Statistics Service  (NASS) Subjective Estimate for the 2013 Almond Crop was released today at 2.0 billion lbs. The estimate represents a 3% increase in yield from the 2012 crop.

Added to the current 2012 Crop supply scenario, growth of 3% in 2013 crop consumption would result in carry-out inventories of significantly less than 300 million lbs. both this year and next.

Based on these expectations, firm pricing is projected through the summer for both current and new crop.

The California industry shipment number will be published on May 9. 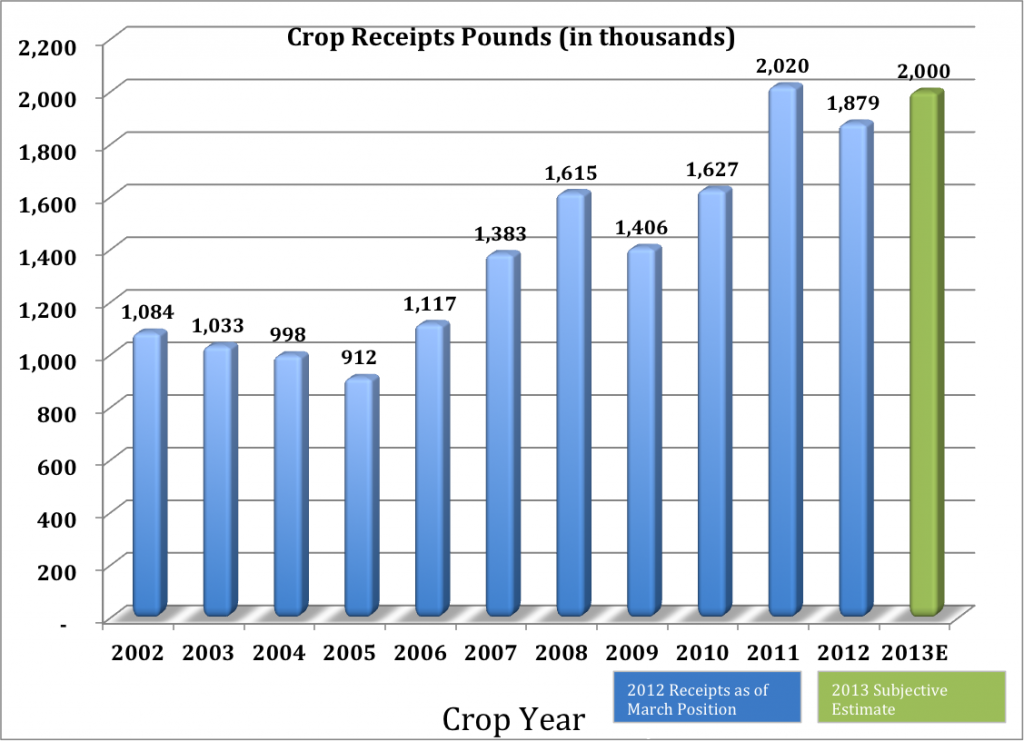