Skip to content
HomeIn The Almond OrchardNASS Objective Estimate for the 2014 California Almond Crop Projected to be 2.1 Billion Pounds 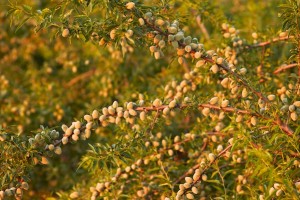 The NASS Objective Estimate for the 2014 California almond crop was released this week on Monday. NASS estimates the 2014 crop to be 2.1 billion pounds. The estimate represents a 4.5% increase over the 2013 crop.  For the fourth consecutive year,  California is projected to produce a crop close to 2 billion lbs, providing room for modest growth in global almond consumption.

With a few weeks remaining before harvest, the initial concerns for drought impact on the 2014 crop have moderated, but not disappeared. There may still be some downward effect on total yield by the time harvest is underway. With water reservoirs at extremely low levels, California agriculture is more dependent than ever on the upcoming fall and winter rainfall to provide needed water supply to next year’s crops.

The June Position Report is scheduled for release on Thursday, July 10. Expect to see shipments that continue to drive ending 2013 crop inventory towards 340 million lbs. By the second half of July, 2014 crop commitments that were postponed in order to evaluate the Objective Estimate should begin in earnest. Based on recent years, the most attractive buying opportunities will fade quickly as shipment positions for September through November are substantially booked.