Final receipts for the 2012 almond crop put the total at 1.88 billion lbs., a 7% decrease from the prior year. Shipments for the year will consume the entire 2012 supply and cut into the ending inventory. As a result, prices in late May and early June have been firming.

Domestic growth continues to drive global almond consumption, with export markets approaching needs more cautiously as prices increased quickly in both September and January. India, Japan and South Korea are expanding over prior year with the latter two countries growing at double-digit rates. The smaller 2012 crop will result in ending inventories that decline by 10% or more.

The 2013 almond crop is progressing well. Spring temperatures have been warmer in the central California region than in recent years. Irrigation played a dominant role in the grower’s activities during May as they worked to support the developing crop. Observers have noted that nuts of all but the latest varieties are now fully solidified and have reached their maximum weight. For a comprehensive report on the new crop visit my latest bloom report here; Bloom report. 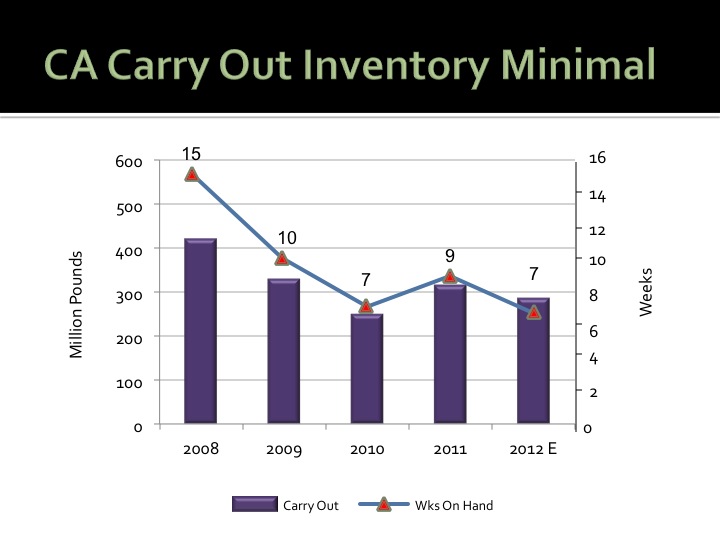