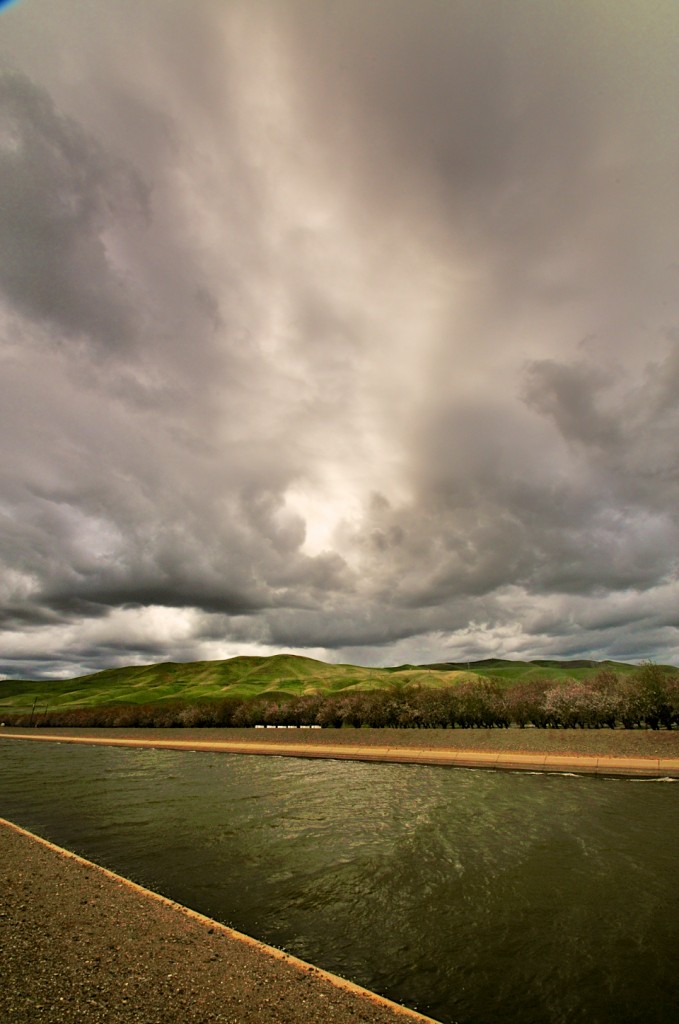 Foggy, overcast skies and wet conditions typified the weather in the almond growing region on Monday. Owing to the moisture-laden air, temperatures were quite stable during the day, with morning lows reported in the upper 40’s and afternoon highs rising into the mid and upper 50’s, with warmest locations rising to the mid 60’s.

In the north, official rainfall totals for the day varied widely, ranging from 0.05 inch to as much as 1.2 inches. When combined with the cloud-darkened skies, the precipitation held the bees within their hives for the entire day and observers reported no significant activity in the orchards. Bee activity in the central part of the region ranged from 2 to 4 hours of poor activity in the south to 7-8 hours of fair activity further south.

The almond bloom in the northern part of the region is quickly winding to a conclusion. Butte and Padre remain the only varieties presenting viable bloom for pollination and plantings with a significant proportion of flowers available to the bees are quickly disappearing. The balance of the region’s varieties have already shed the preponderance of their petals to the ground and have their nutlets growing and differentiating within their protective jackets.

In the central area the bloom continues to wind down under the pressure of the inclement weather that has impacted the region over the past few days. Observers reported that the most notable change was in the proportion of flowers that have lost their petals entirely, no doubt aided by the rainfall that has swept through the region. Nutlets of the Sonora are emerging from their protective jackets and have started to differentiate in size. This natural process will occur in all varieties as they emerge from their jackets in the coming days. Typically, the nutlets will segregate into two or three sizes as they grow, with the weather conditions in the coming weeks playing a large role in the proportion that fit into each category. As they grow, the larger will be retained to harvest and the smaller will be shed from the trees.

Moving south, the bloom is also rapidly running towards its inevitable conclusion. Butte and Padre are currently presenting the greatest amount of bloom available for pollination. However, these are also winding down rapidly. Among the varieties that have already completed their bloom period, nutlets can be found growing within and emerging from their jackets with the trees becoming increasingly green as their leaves emerge and expand. The differentiation process has also begun in the Sonora, Nonpareil and advanced California varieties, wherein the nuts segregate into sizes and the smallest are dropped from the trees. This process is highly influenced by the weather conditions, with bright sunlight and warm temperatures contributing greatly to the proportion of nuts that survive and are retained by the trees.

Recent rains have left orchards in the region quite wet. However, the drought continues and growers are hopeful that the rain and snowfall reported above the Lake Shasta elevation will translate into increased run-off needed for the coming irrigation season.