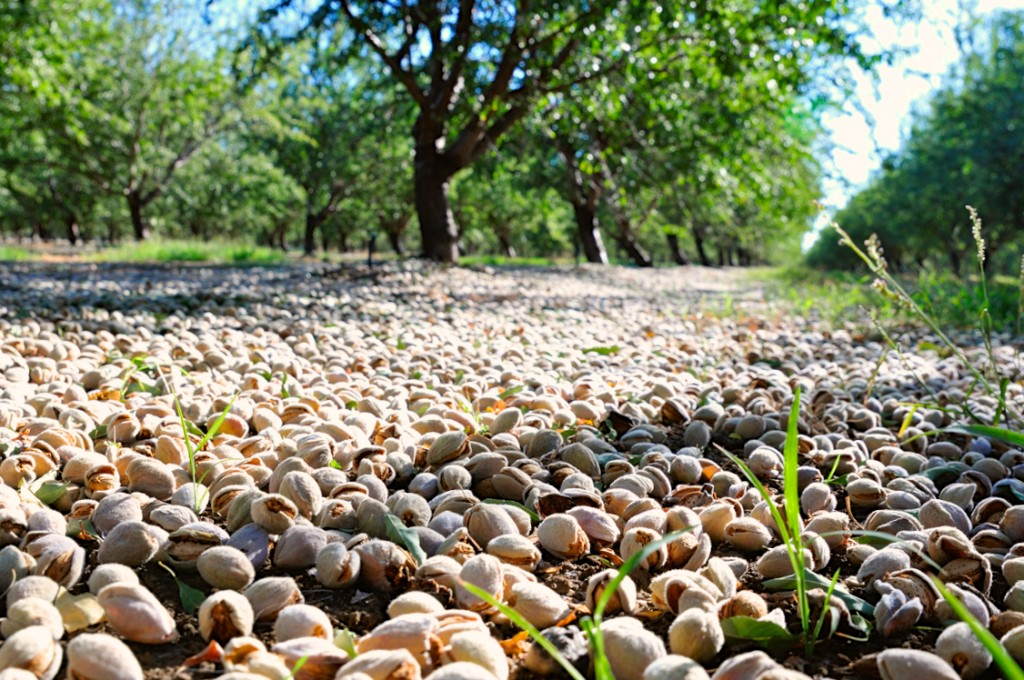 This report covers conditions and observations made between Monday, September 2nd and Sunday September 29th, 2013.

The seasonal transformation from summer to fall brought a sharp change in the regions weather. Maximum temperatures increased daily from the low to mid 80’s in the period’s opening days, reaching their peak values as high as 106 degrees in the northern part of the region in early September.

Temperatures quickly reverted back into the lower 80’s at mid-month and then dropped further into the 60’s with the arrival of a Pacific storm system that brought rainfall primarily to the San Joaquin and Stanislaus County areas on Saturday, the 21st, dropping trace amounts of rain to one-half inch or less.

Elevated humidity levels had slightly slowed the drying process early in the harvest in the southern areas of the region. Prior to the arrival of the rain, the harvest process has proceeded with little impedance. Fortunately, the storm was well forecasted, giving growers ample time to reduce their exposure by bringing in as much of the previously shaken crop as possible and leaving almonds in the trees until after the storm had passed.

Observers are reporting that growers are now making an all-out push to complete the harvest as quickly as possible in the hope of beating any additional storms that may pass over the region.  In the north, growers are moving through the balance of the Butte and Padre remaining in the fields. Shaking of the last-to-harvest Monterey and Fritz has begun in the north and central areas. Provided that favorable weather conditions prevail, all are hoping to complete harvest operations in the orchards by the middle of October. 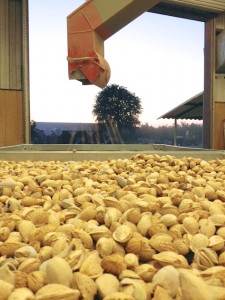 Almond crop quality is generally reported as being very good, with very little defects. Kernel sizes are running toward the smaller end of the spectrum. Further, yields of the Nonpareil have been reported at levels generally above those experienced last year. However, pollenizer yields have been much more variable, with most running slightly below the levels experienced in the 2012 crop.

Those growers who have completed their harvest have already begun post-harvest activities, with the first order of business being a deep, thorough irrigation. They will then focus on fertilization, soil amendment applications and pruning.

Research has shown that post-harvest irrigations are critical to supporting the differentiating flower buds and can have  a
significant impacts on the subsequent almond crop. In the face of diminished water supply, growers along the central part of the region, on the west side, have been saving water for this vital irrigation, while those in the Turlock Irrigation District are now facing the end of the delivery season on October 6th.

The next report is scheduled for Monday, October 28, 2013. However, in the event of any significant occurrences prior to that date, this site will be updated as soon as possible.