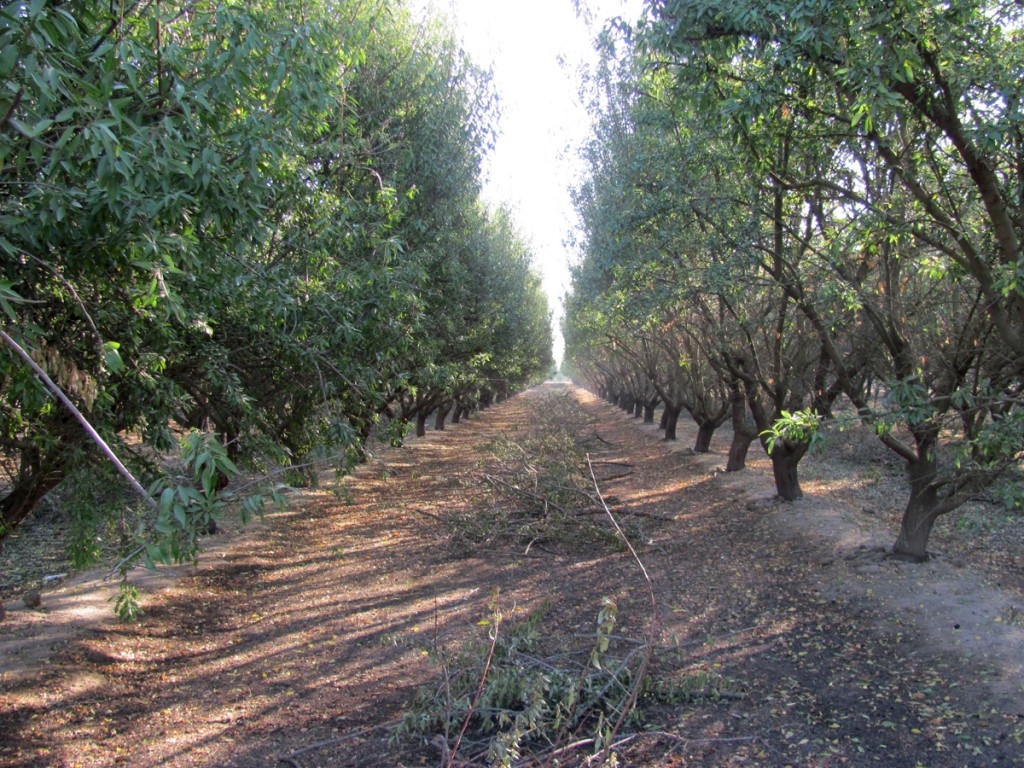 This is the final report of the 2013 crop year, covering the conditions and observations made between Monday, September 30 and Sunday, October 27, 2013. The next report will be posted on or about Monday, February 3, 2014 prior to the start of the 2014 bloom.

Clear, dry skies reigned over the Sacramento Valley during October, providing the region’s growers with “smooth sailing” for completion of the 2013 harvest. Daily maximum temperatures were reported in the 70’s for much of the period, with readings rising into the mid and occasionally upper 80’s during the latter half of the month.

Harvest operations have been completed in the Sacramento Valley. The absence of inclement weather provided the region’s growers with the smoothest harvest in memory, allowing them to complete the harvest with no weather related difficulties. However, as mentioned in last month’s report, advanced maturity of the various pollenizer varieties posed a few problems as they worked to bring the crops from the fields. Ultimately, observers have reported very good crop quality, with very low levels of insect damage. Kernel sizes continue to play a dominant role in daily discussions throughout the region.

Huller/sheller operations have now turned their attention towards their stockpile yards, working to process previously harvested product. Operations will continue for a few more weeks as they work their way through the crop that accumulated rapidly as it was brought in from the orchards.

The favorable weather conditions have also provided growers with ample opportunity begin pruning their orchards and to complete applications of fertilizer and soil amendments. Growers have also been irrigating their orchards thoroughly in order to provide support for the developing flower buds required for the next crop. All in the region are very concerned about the continuing dry conditions. Those with private wells have seen their pumping levels drop low enough to impact the operation of their sprinkler systems and all are hopeful that the coming winter months will bring sufficient rainfall to fully supply the Central Valley’s water needs over the next year.