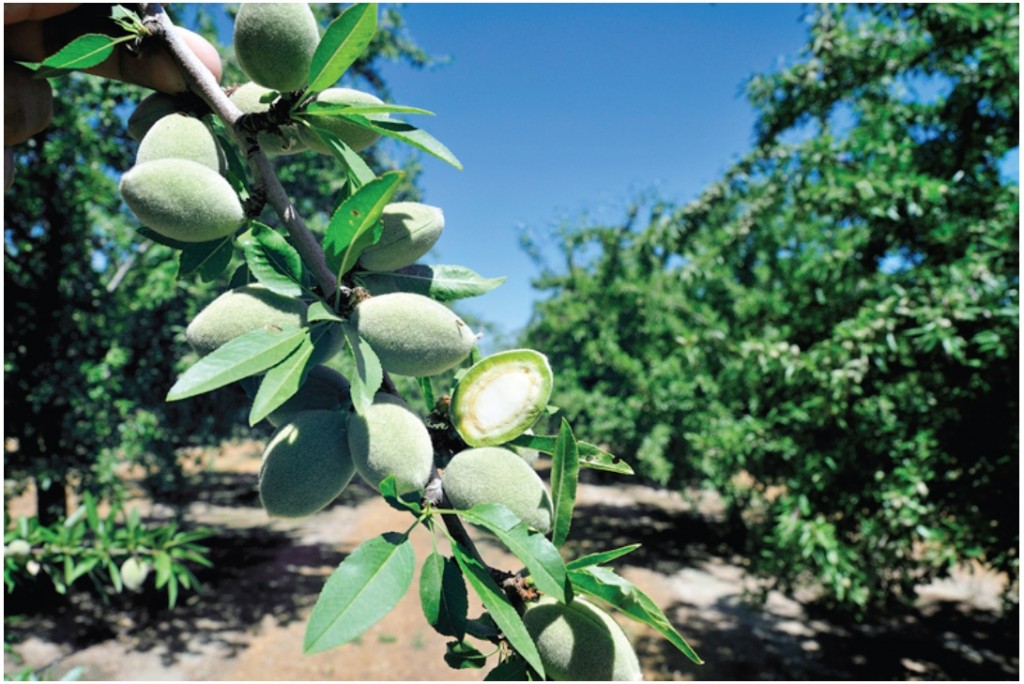 As the seasons transition from spring to summer, the California almond crop continues to develop at a slightly advanced rate compared to years past. The mild temperatures experienced throughout the Central Valley have allowed almond kernels across varieties to solidify and achieve their maximum weight. Due to the current state of maturity, observers are noting that the crop is running approximately seven to ten days ahead of last year.

Temperatures throughout the valley ranged from the upper 40s and 50s in the mornings to the upper 70s and lower 90s at the peak of the day. Maximum temperatures reached the high 90s in the central growing region, while the northern and southern regions experienced highs just above 100 degrees. The most notable weather feature for the month of May was the wind, which in some instances reached up to 20 miles per hour. While the windy conditions caused some difficulty for growers’ efforts in the field, the crop was not negatively affected.

During this stage in the growing season, irrigation is a prime activity. Growers are working diligently to provide the moisture levels needed to adequately supply both the maturing crop and the trees’ needs, as buds for the next crop begin to develop. Observers have noted that dry soil conditions have prompted growers to tighten irrigation schedules in order to ensure adequate moisture levels.