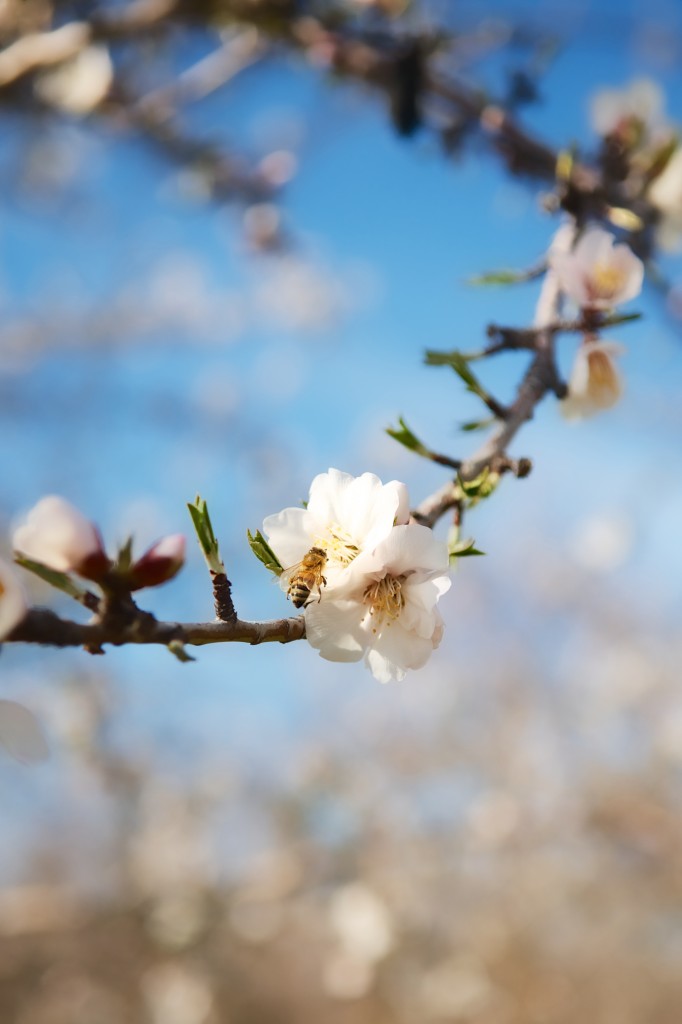 Seven months into the almond industry’s fiscal year, ending inventories project to be less than 250 million lbs. The low ending inventory projection will drive prices upward as summer approaches and supplies tighten. The 2012 California crop is ~ 73% shipped & committed, with committed backlog of less than 90 days of global supply.

Prices that peaked in the pre-bloom period and have softened since, should rebound as we approach summer.

The California Almond crop bloom is progressing to completion somewhat later than normal, with good weather prevailing for most of the bloom period. The majority of orchards around the state have moved past the mid-point of the bloom into the petal fall and jacket stages.

Look for current updates on the almond bloom, “In The Almond Orchard,” posted here as conditions change.