Did you know that Asia and the Middle East tend to buy the highest quality and most premium variety of almond, Non-pareil, while Europe disproportionately buys the lower cost pollinizers and by-products.  The opposite of what one would expect given per-capita incomes.

We now have final shipment results for the year.  The demand for 2011 Crop grew 231 million lbs. and 14% over the prior year.

Ending inventory of 315 million lbs. is the equivalent of 8 weeks of supply, similar to the weeks of supply in July 2011 (7.4).  It is amazing that our record crop increase was absorbed so quickly.

After touring the valley, this year, I expect the crop 10 days earlier than the late crops of the last two years.

Demand for 2012 crop is steady and growing as buyers realize that NASS forecasted supply growth of 4% does not support the long or short-term growth trends. 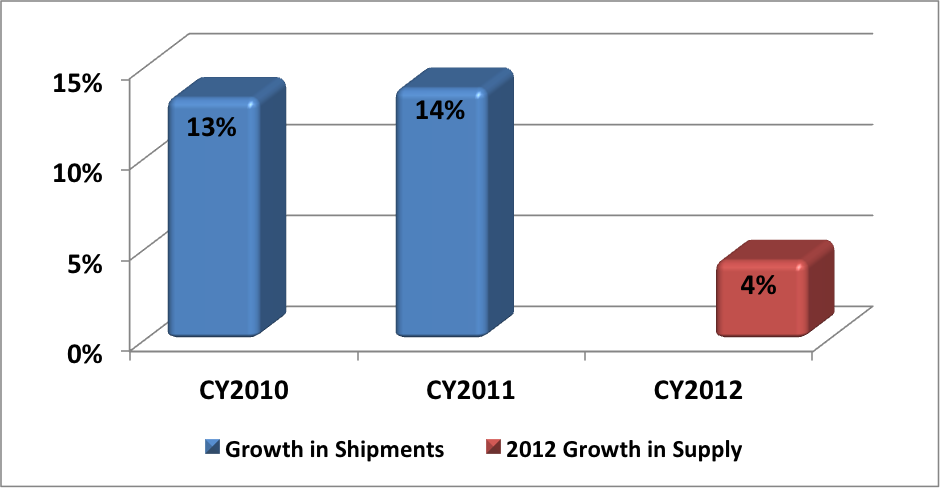